There’s nothing wrong with it!

Billy brought autistic boy out of his shell 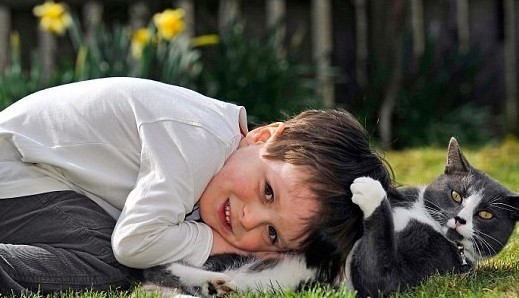 Even simple tasks used to be fraught with difficulty for Fraser Booth. The four-year-old, who is autistic, easily became overwhelmed by everyday events, resulting in tears and temper tantrums. Then Billy the stray cat came along….

Billy, abandoned by his previous owner and rescued from a boarded-up council house by a charity, had not had the easiest start to life either. Since their first meeting, Fraser and Billy have been inseparable – and the moggy has helped bring the little boy out of his shell.

RELATED: Stray cat changed the life of an autistic boy

Now, whether it’s playtime, storytime or bedtime, Billy is there to offer a reassuring paw. And he is the first to sense when Fraser is getting frustrated, calming him down with a cuddle or comforting purr.

Fraser’s mother Louise said: ‘If Fraser is around or playing in the garden, Billy is never far away. It is like he is watching Fraser and calming his behaviour. ‘He always appears when Fraser is getting upset and offers his head close to Fraser’s to reassure him and recently, when Fraser was poorly, Billy sat on his lap all day.

‘They say animals can sense things, but Billy seems to know before anybody else if Fraser is going to get upset.’

Fraser was diagnosed with autism when he was 18 months old after Mrs Booth, 38, and her electrician husband, Chris, 43, noticed he was not developing as quickly as other children his age. Since his diagnosis, Fraser has been undergoing therapy.

While he is able to talk to his parents and run around like other children of his age, he still struggles to cope with routine tasks.‘Billy has made a complete difference to our family life, he’s taken away the stress, he’s added happiness and an air of calm, he’s just been amazing.’

‘The first time we took Fraser to see Billy, the cat went straight to him,’ Mrs Booth added. ‘Fraser sat down on the floor and Billy laid across him with his paws on his legs and just started purring. Fraser said “This is our cat, he can come live with us,” and that was that.’

‘We gave a donation of around £30 to the charity but for us he is priceless. He makes Fraser so happy all the time.’ 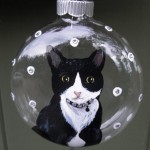 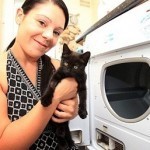 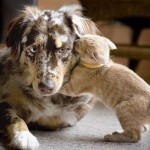 How are dog people and cat people different? 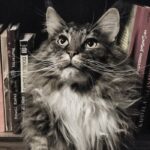 A great initiative to help cats and kids!

Love CATS World by LoveCATS is licensed under a Creative Commons Attribution-NonCommercial-NoDerivatives 4.0 International License.
Based on a work at https://lovecatsworld.com.
Shares