Cat parents heartbroken as they may get their catio knocked down 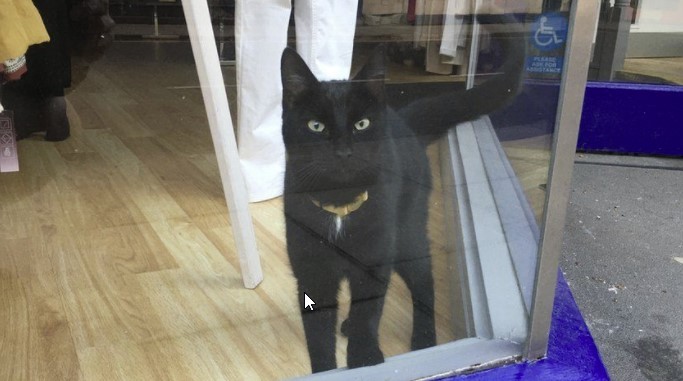 Frankie went missing for two weeks before being spotted by his owners in the window of a closed charity shop.

His family had been searching the streets of Salisbury, looking for Frankie but he was nowhere to be found.

Frankie’s family was in total disbelief when all of the sudden they spotted him in the window of a cancer research charity shop.

They said: “He was sitting on top of a missing poster we had put through the shop’s letterbox.”

The couple waited outside the shop for several hours for someone from the shop to come with a key to free him.

It is thought Frankie squeezed through a small gap on the roof of the building and fell through a ceiling tile into the shop.

“He was rubbing his head against the glass and I was posting cat treats through the letterbox,” his mom said.

When we finally got in, they found that Frankie hadn’t made any mess, all he’d done was pull a load of toys off a shelf to take shelter and make himself comfortable.

Mom said they had spent two weeks putting up posters, posting appeals on social media, and walking the city streets in the early hours calling his name, without any luck.

Frankie lost some weight during the ordeal but other than that the vet said he was “absolutely fine”. 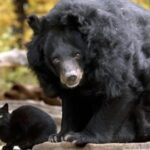 The odd friendship between a stray cat and an elderly bear